I'm a rookie Tor relay operator but would like to give back to the community. According to the data in the arm-software (https://www.torproject.org/projects/arm.html.en) my Tor settings - the torrc-file - seems to be ignored.

I've added the following settings to the top of my file (update 05-aug-2014: please see image at bottom for current torrc):

Notice the bandwidth rate set to 500 kb/s (I suppose).

From the arm tool, however, this is what I see:

Notice the measured speeds. The average speeds are way above the speeds I set in the torrc-file, and sometimes I've seen the burst rate exceed 3 mb/s. It is a requirement that the maximum average speed in kb/s is fixed at 500, and that it's working, else I will eventually run dry of bandwidth from my ISP.

Do you have any idea of what went wrong and how to fix it?

Edit: Another fun observation is the highlighted (grey) text in the screenshot:

Where does this information come from? I'm not even able to neither download nor upload with 16 Mb/s. I have a measured speed of 111.6/22.5 kbit/s.

According to the logs in the following screenshot, tor only uses a few hundre kb/s of bandwidth, yet the arm tool reports an average bandwidth of 1 mb/s. This 1 mb/s doesn't add up to the total amount of data send/recieved, though! 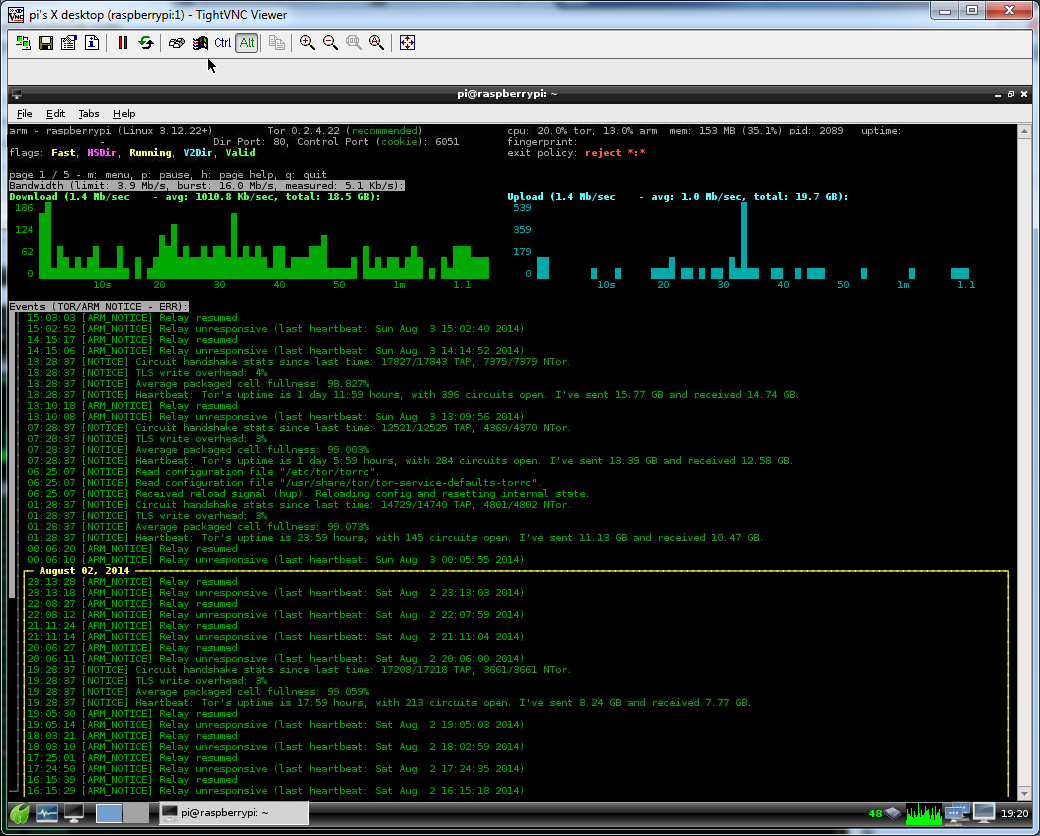 As per request, here is the torrc as seen from within arm (Note: KBytes and MBytes are used in actual file): 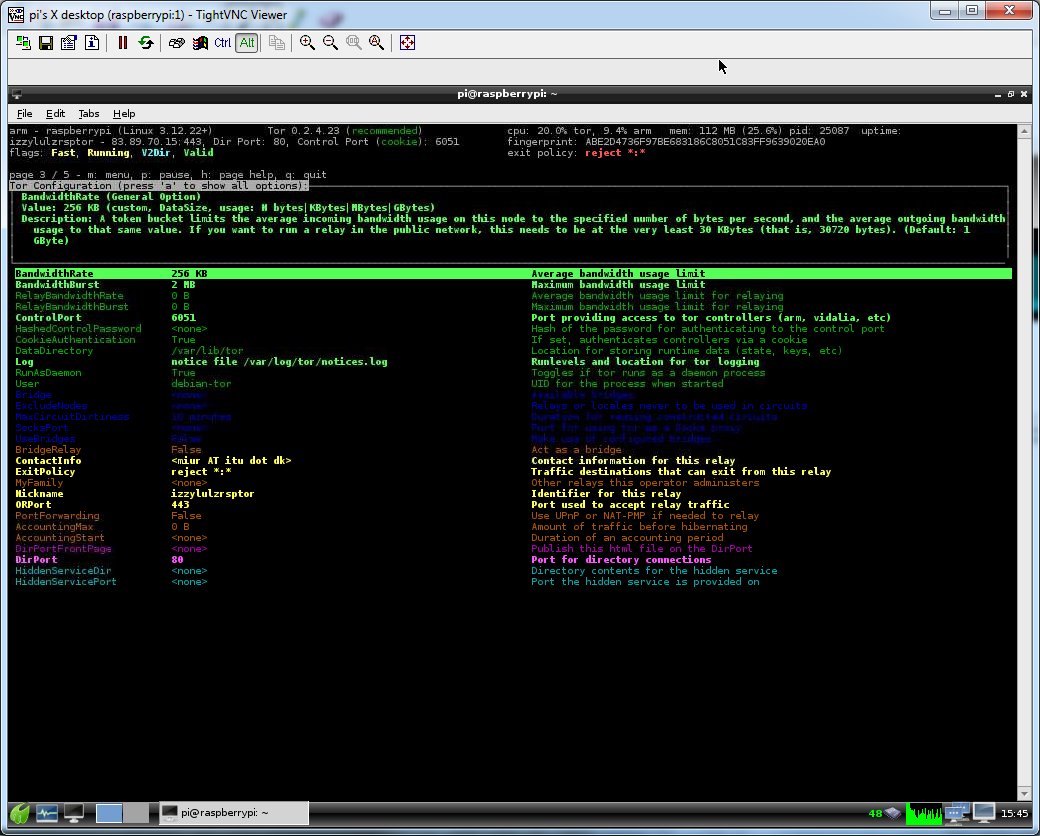 Here is a quick look at the current speeds:

When I left it like that it continued to up- and download with 2 mb/s (it is allowed to burst like that) - the top of the graph shown in this image peaked at about 4.5 mb/s. The average speed is still 3 times higher than permitted, however. Maybe the aim of the average speed is per week or even per month based?

You set values for RelayBandwidthRate and RelayBandwidthBurst in your torrc. RelayBandwidthRate is set to 500 KB. This translates to 500 kilo Bytes per second, which is 500*8=4000 Kilo Bits per second. arm somehow rounds this number down to 3.9 Mb/s. On your screenshot that shows the torrc inside arm you changed the number to 250 KB and arm shows 2 Mb/s.

The RelayBandwidthBurst is similar. You set a value of 2 Mega Bytes and arm translated it to 16 Mega Bits.

The up- and download numbers are also shown as Megabits per second. Your relay has roughly 1 Mb/s which is below 2 Mb/s.

So if you change the RelayBandwidthRate to 500 KBits you'll see a drop in traffic and I assume also arm will show the correct numbers to you.

Not the answer you're looking for? Browse other questions tagged relays configuration raspberry-pi nyx or ask your own question.