ADD: ^^^ mmm I don't think it's the same. In that question they talk about a false negative, but judging from the results of my port-scan, and considering that more than 2 weeks passed, it looks like there's no Tor-like service running on them. Therefore this seems to be a legitimate negative, not a false one imho.

A strange issue started happening to me since about 2 weeks ago: I started noticing TBB home screens like this one: 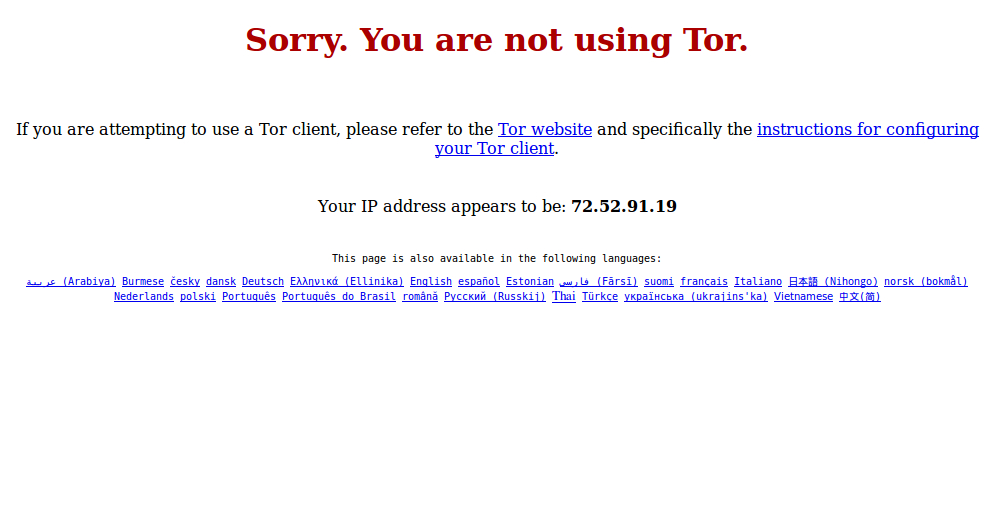 The first time I thought it was some sort of synchronization problem between the beginning of activity of a new exit node in the network and its official adding to the Tor directory. So I just reloaded Tor and let it go. But then a few days later it happened another time, with a very-similar-but-different IP that came from the same network I guess (the first was 72.52.91.18, while the other 72.52.91.19). After that, another couple of times it showed up with the same initial IP. So I started being dubious, and I decided to find out what could it be when I had a free moment. So just a few minutes ago I took some info:

Hilariously, just after my nmapping, I ran TBB and... there was it again, same IP!
So I made a screenshot and decided to share it with you.

What do you think?

You can use ExoneraTor to find out if a particular IP was running a Tor relay at a particular time. For example, according to ExoneraTor 72.52.91.19 was running an exit node on 2013-10-13. This lends support to the theory that the check error you saw may have been a false negative.

Not the answer you're looking for? Browse other questions tagged anonymity exit-relays onion-routing or ask your own question.

32
Why does check.torproject.org sometimes tell me I'm not using Tor, when I am?

8
Can using Tor make you a suspect?
4
How to keep people from knowing you are using Tor?
3
How to sign up for services that are banning you? (because of Tor?)
2
How many connections are using my exit node?
2
What are good Tor resources?
9
Can you make Tor change servers every time I refresh a page?
2
Are there tor exit nodes (country specific) that are not listed in the tor node list?
0
Strange anomaly using Facebook with Tor
4
Tor exit operators: What DNS do you use?