Higher probability that nodes with higher bandwidth are selected for circuit

In the simulation, I only consider the Guard and Exit flags, i.e. other factors are not included in the node selection process. I weight all nodes according to the position to be filled and their flags with the weights published in the consensus.

Now my current understanding is that nodes are selected with a probability proportional to their bandwidth in order to better distribute the traffic. However, if I select the nodes in my simulation with the above algorithm after they were weighted, the following picture of the bandwidth distribution emerges. 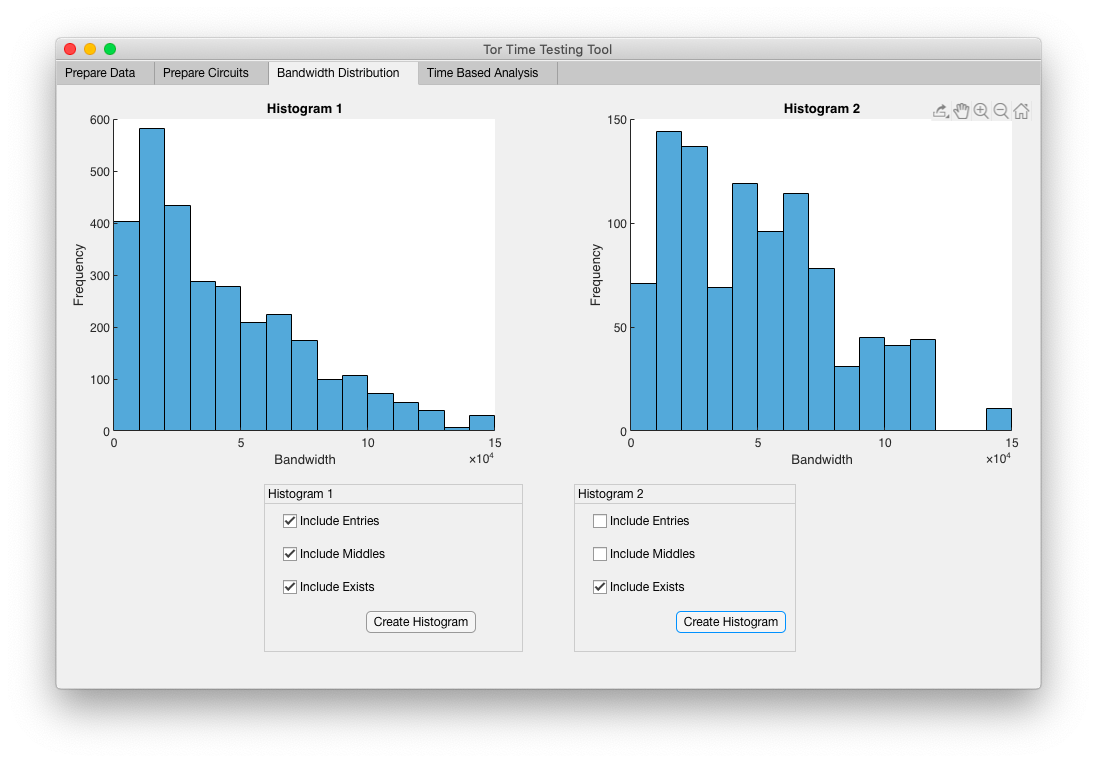 Since the specifications do not help at this point, here is the question of whether anyone can explain how the increased selection of nodes with higher bandwidth is achieved. Thanks in advance!

Browse other questions tagged circuit bandwidth implementations or ask your own question.

28
How does a Tor client pick Tor nodes for circuit creation?
2
how to find out the total bandwidth of guard nodes in Tor network?
2
Probability by bandwidth: Using multiple or one Relay with equal total Bandwidth
6
Calculation of bandwidth and measured-bandwidth for votes
5
How feasible is that Directories grant you only compromised nodes to build the circuit from?
0
Are the Bandwidth authorities and the Directory Authorities the same servers?
0
Is it possible to make a program that will use different circuit for each request? Even if the requests are parallel?
2
Why are entry nodes allowed to know that they are entry nodes?