Being new to tor, I had opened a "onion circuits" window just to see some of it's magic without fully understanding what it means.

I noticed that in the "normal case" I see a variety of hosts from different domains, also changing frequently.

However on one day, all the nodes I saw (over a long time) just came from one domain only, and the list looked quite static. So I wondered whether tor would be as safe as usual or whether someone managed to infiltrate the tor network. Maybe it was just mis-configuration of some tor nodes, I don't know.

So can someone explain the magic about onion circuits and how things should look like if everything looks "normal"?

Examples for "all onion circuits from one source" (as I see it): 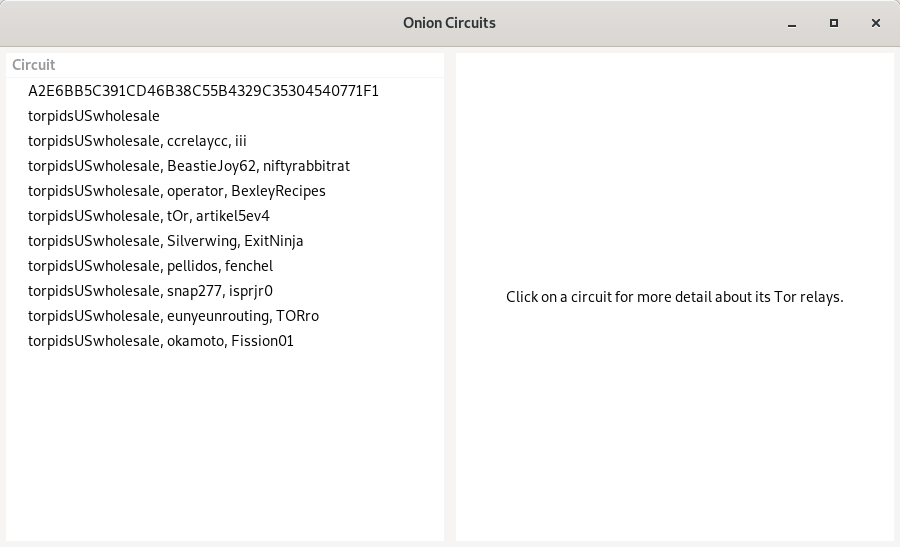 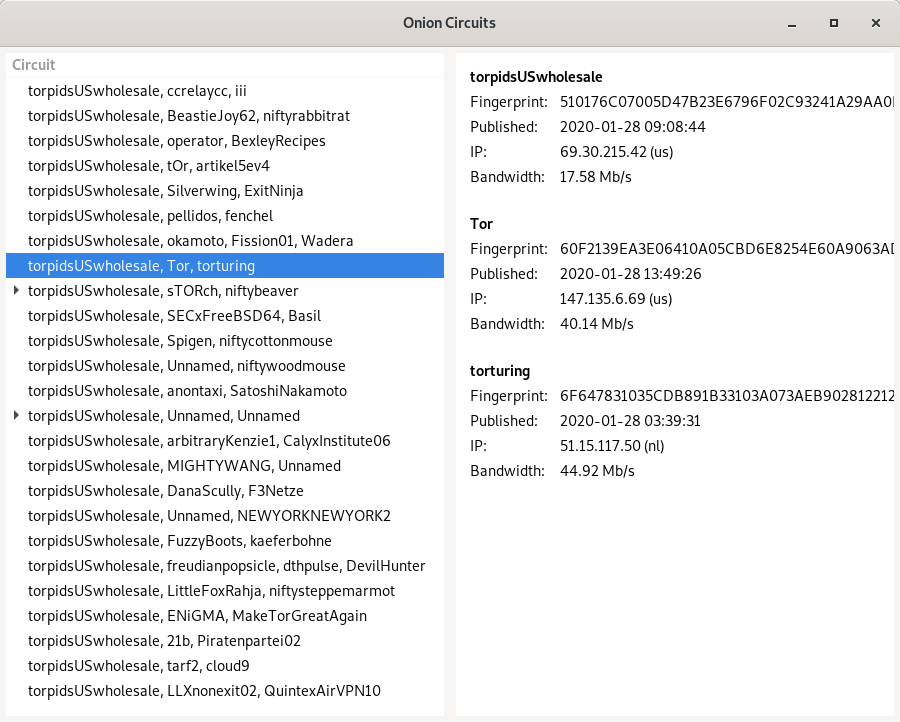 An onion circuit is a combination of:

A 'circuit' is essentially the path you are taking (like a traceroute) put together by the onion router for you to use. There are settings that can be changed to have this path reconstructed more or less frequently.

Could you provide examples of what you mean when you say 'all the nodes you see come from one domain'. If you want to reconstruct your circuit more often, see the following configuration options:

Not the answer you're looking for? Browse other questions tagged onion-routing or ask your own question.

1
'Sorry. You are not using Tor' - Strange issue 72.52.91.18/19
3
Is it possible to have "username@site.onion" addresses and FULLY avoid DNS with email?
0
Not able to access .onion sites - because I left tbb open for a while?
1
What's the difference between Tor and Vidalia?
2
ISP & LEO tracking on Tor
3
How can Facebook's Tor Onion be constantly accessible with the massive bandwidth demand?
2
Why are entry nodes allowed to know that they are entry nodes?
1
Why do all the generated Tor v3 vanity addresses end with "d"?